Since 2004, Rabbi David Lerner has served as the spiritual leader of Temple Emunah in historic Lexington, MA, where he is now the senior rabbi. A graduate of Columbia College and ordained by the Jewish Theological Seminary where he was a Wexner Graduate Fellow, Rabbi Lerner brings to his community a unique blend of warmth, outreach, energetic teaching, intellectual rigor and caring for all ages.

Rabbi Lerner serves as a past President of the Massachusetts Board of Rabbis and was honored by the New England Jewish Labor Committee with the Abraham Joshua Heschel Award due to his efforts to help workers. During his presidency, the MA Board of Rabbis built bridges with the Muslim community in Boston and raised its profile on public policy issues. He also received the Gann Connect Award in 2018 for his efforts in promoting Gann Academy in the Jewish community.

Other areas of interest are outreach to families and couples where only one partner is Jewish; he wrote the first ceremony in his movement for interfaith couples. He has written articles and chaired the Rabbinical Assembly’s Commission on Keruv (Outreach), Conversion and Jewish Peoplehood for four years. He has also served as President of the New England Rabbinical Assembly and currently, serves on the RA Social Justice Commission, advocating for stronger gun safety legislation. He is the founder of www.clergyagainstbullets.org and an advocate for Faiths United Against Gun Violence. Thanks to our teens, this may be the moment of change in this area.

Together with a group of Temple Emunah lay leaders, he founded a new organization for the Boston Jewish community: the Community Hevra Kadisha of Greater Boston, a Jewish burial society where volunteers lovingly prepare those who have died for burial.

During his sabbatical in 2016, Rabbi Lerner was a scholar at Brandeis University where he researched liturgy and places of intersection between Judaism and eastern medicine and spirituality.

Several years ago, Rabbi Lerner started Emunat HaLev: the Jewish Meditation and Mindfulness Institute of Temple Emunah where he and Barbara Neustadt, Paul Neustadt, and others lead meditation groups throughout the week.

In 2016, Rabbi Lerner organized a trip to Germany for 12 rabbis at the request of the German Consul General to New England. And in the summer of 2010 and 2018, he led the Jewish Community Relations Council of Greater Boston‘s Interfaith Clergy Seminar to Israel. He has also taken over 500 members of his community on Israel trips over the last twelve years.

Previously he served as the associate rabbi at the North Suburban Synagogue Beth El in Highland Park, IL for five years. While in the Chicago area, he served as president of both the Southeast Lake County Clergy Association and the North Shore Fellowship of Rabbis. A STAR (Synagogues: Transformation and Renewal) Rabbinic Fellow, Rabbi Lerner was chosen to develop leadership skills in order to revitalize synagogues through innovation, organizational change and visioning. For two years, Rabbi Lerner participated in the second rabbinic cohort of the interdenominational Institute of Jewish Spirituality. He also graduated from the HealthCare Chaplaincy’s Clinical Pastoral Education program.

He posts all of his sermons on The Times of Israel. 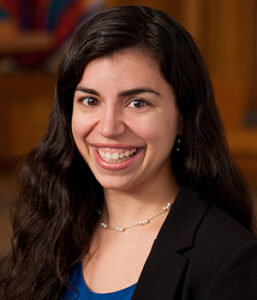 Rabbi Leora Kling Perkins is deeply committed to building and sustaining flourishing Jewish communities inspired by Jewish tradition. She strives to be a caring listener and relationship builder who supports individuals of all ages in finding personally relevant ways to engage with Jewish observances, knowledge, and community.

Originally from Needham, MA, Rabbi Kling Perkins is a graduate of Brandeis University and earned rabbinic ordination and an M.A. in Jewish education from the Jewish Theological Seminary (JTS) in New York. While in Rabbinical School, she interned at the Solomon Schechter School of Manhattan, Temple Emanuel in Hartford, CT, Park Slope Jewish Center in Brooklyn, the Center for Small Town Jewish Life in Maine, MJHS hospice in the Bronx, and Camp Ramah in the Rockies. She was the Secretary for the Conservative Movement’s Committee on Jewish Law and Standards from 2017-2019, and during her JTS year in Israel in 2015-2016, she was a T’ruah Israel Fellow.

Before becoming a rabbi, Rabbi Kling Perkins studied for a year at the Conservative Yeshiva in Jerusalem, and upon her return to the Boston area was a fellow with JOIN for Justice, a national organization dedicated to training, supporting, and connecting Jewish organizers and their communities. She then spent several years working as a program coordinator for the Greater Boston Jewish Coalition for Literacy, where she trained and connected nearly 400 tutors each year to public school students.

She is married to Matthew Goldstone and enjoys cooking local vegetarian food, hiking, crocheting, swimming, listening to podcasts, and learning how to garden.